“A Civilization without insanity, without criminals and without war, where the able can prosper and honest beings can have rights, and where Man is free to rise to greater heights, are the aims of Scientology.

Scientology is the most vital movement on Earth today.

In a turbulent world the job is not easy. But then, if it were, we wouldn’t have to be doing it.” L Ron Hubbard Fundamentals of Thought

As I look at the current state of Scientology I see a lack of organization. I also see a huge attack on the executives and staff as well as the tech being altered.

But whose responsibility is it to make this planet safe and better? Is it best to wait for others to do this large task in the hopes that it will be done? How can one person alone make a change?

The truth to me is that it is always the individuals that make the change. But it is the group that is used to support and bring that idea into a reality.

In “ How To Live Though An Executive” Ron describes a true group.

“A group, then, can be seen to have three spheres of interest and action. The first is the postulation of goals. The second is management. The third is the group itself, the executors of the plans, procurers of the means and enjoyers of the victories. These three factors or divisions must be satisfied to have a successful group or, actually, a true group. The divisions are not particularly sharp. “

This book effected me because in it he also says that “A true group will conquer the most MEST. Not even given proportionate resources with another group, it will conquer other groups which are not quite true groups. Brilliance and skill tend naturally to rally to the standards of a true group as well as resources. As a sort of inevitable consequence, MEST will move under a true group. The amount of MEST a true group will eventually conquer—but not necessarily OWN—is directly in proportion to the amount of theta that group dis- plays—theta being many things including solutions along the dynamics toward survival. To display theta, the group must definitely tend toward a true group.” 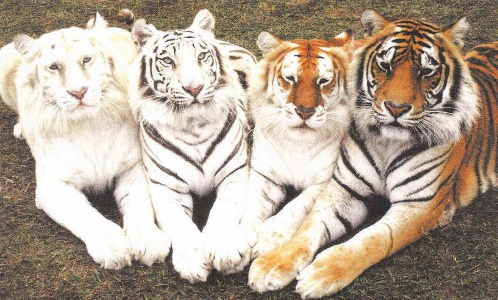 Now we do have the technology to do this, and by reading LRH’s policy’s on running businesses we can achieve more and more prosperity, for ourselves our families and friends and the planet.

But as I look into the future I see this moral decay that is happening around the planet, that begins with the individual. As we all make choices in life and not making a choice is a choice. No action is the easiest choice to make and yet in the long run it is the hardest to deal with its consequences. To watch ones friends kill themselves or their family and not have the knowledge or confront to help them is painful to say the least. It can be the most painful thing that a person does everyday and yet many do, do this everyday.

But what can be done if one is all alone? How can an individual create this change by themselves?

Building a group and participating in delivering Scientology and helping your friends and your self go up the bridge may be the most worthwhile action today. I really can’t think of any other as when one dies the only thing one can take with them is knowledge. And a group can help those people that you love so much.

What if I said this group exists? Scientology is on this planet. Whatever tone level that it is in, it is still a group, and I don’t believe that anyone has really left it. Fighting is still communication. Protesting and hating means that you have not giving up and even in apathy one is still in communication.

But what can each individual do to effect change? Fight? Throw shame, blame and regret around? Quit? Hope for the best and somebody else to cause an effect?

I get it. Some are not ready as they have been overwhelmed by their reactive minds and rightly so as they have reached for help and been denied by the very people who are supposed to offer and hold up their side of the bargain.

As an individual one can read and listen to tapes. This is action this is communication on a higher tone level. Most importantly this is something that sets your case up for auditing and will make your sessions that much better. The best way to get the most for your money in auditing is to hat yourself and to understand Scientology. It is to communicate!

By communicating at the highest tone level possible with training, reading, listening and applying Scientology, you are communicating theta!

If you have a family or close friends that are interested in Scientology then twin with them and do a basic TR’s course or the levels. If not that then read!

This is possible, and no one on the planet can stop you except yourself!

I see a bright future for this planet if we band together and we hat ourselves and our friends. If you are looking for your next step or a plan of action please join the Scientology Muster and meet with fellow Scientologists that are in pursuit of and some actively achieving their bridge. I myself have made it to NOT’s all outside of the church. There are also skilled auditors of the highest caliber in the Muster to communicate with.

1. a coined word, meaning matter, energy, space and time, the physical universe. All physical phenomena may be considered as energy operating in space and time. The movement of matter or energy in time is the measure of space. All things are mest except theta. (Abil 114-A)...More

there could be said to be eight urges (drives, impulses) in life. These we call dynamics. These are motives or motivations. We call them the eight dynamics. The first dynamic -is the urge toward existence as one’s self. Here we have individuality expressed fully. This can be called the self dynamic...more

Every member of a ship's company has two general types of activities, one of these is as a member of watches, wherein he handles his duties of steering, lookout, engines, etc., including emergency drills. (FO 1109)