HOW I ENDED UP BECOMING THE LRH/MSH PERSONAL CHEF:

While I am an avid writer of all kinds of stuff..including a rough draft of a Scn. book explained the 2nd Dynamic... restaurant reviews.. landscaping basics posted on my website... they have been mostly an assortment of various articles of non-fiction. ...which even included some I wrote at the request of LRH: 6 Flag Orders I authored while I was posted on the Apollo as LRH/MSH personal chef in 71-72..I have a record of meals and comments from LRH & MSH.. but I have never sat down until now, to write up any kind of an "account". Not until right now...

My story begins while I was on lines at AOSH DK (in Copenhagen). .. doing the levels as prep for the SHSBC.. I somehow ran into the extremely charming and charismatic guy, Capt. BIll Robertson. Capt BIll was in Dk with the purpose of opening up the European Liason offices.. (FOLO EU, which was referred to as EULO) and was in Copenhagen with a small number of SO people to man up the FOLO. They included amongst the most capable bunch of real SO Vets... Joan Robertson, Merle Goodman, Judy Thiery, Gwen North, Jill Goodman, (all Class VIIIs!) and many others like Mitch Spence, Rheva Bittelman.. etc, etc.. 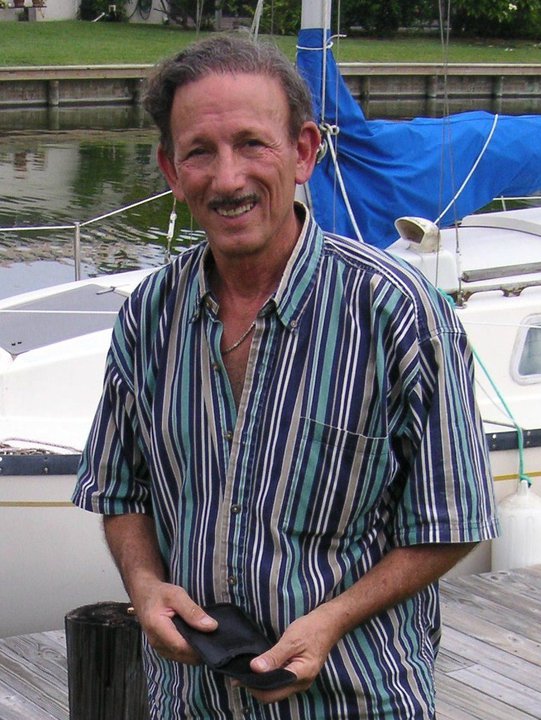 I was recruited to be in the TTC at EULO and after doing my basic SO hatting.. was to train up.. Well, not to drag the story out too long here.. I was rather disappointed at the lousy food, and coming from a restaurant family background.. I offered to set up the food service lines for them. It was a smashing success so much so that there was on-going jokes made about when I was "going to Flag to cook for LRH..." When a Flag Mission came through, the missionaire, Hakan Johannson wrote up an amazing commendation and report up lines to Flag, the weeks of kidding around immediately began to become a reality!.. In a matter of weeks, the transfer was arranged an travel arrangements were made! I was off on a train across Europe to meet up with the ship!

My first encounter with LRH was a very informal one! My senior, Eva Anderson, had kinda grooved me into the post area.. LRH's galley, my small cabin, etc. I had in mind to make some continental dishes requiring sherry and wine and was taken up to a small bar where all the LRH offices were, with an adjacent bar and his large collection of various liquors, wines, etc..Of course I didn't dare bother "the Commodore", which was how virtually everyone referred to LRH. So of course while I messed around looking at the various bottles.. I didn't even dream of bothering him with such trivial things!

I was busy bending over in the bar, and just looking over the bottles...when I became a ware of a very large man standing in the doorway, to the small entry to the bar!Yeah.. It was LRH.. and I was taken aback! He smiled broadly and greeted me with a kinda big booming, but certainly friendly voice, like, "Well! What's going on?"Well, of course I was somewhat intimidated. . but his ARC was very apparent and it filled the space around you. I explained to LRH that I had in mind making some continental dishes and that I wanted to see what might be available for recipes I had in mind.

Being from the mid-west, I would have to characterize LRH's food preferences as leaning in the direction of standard fare "American home cooking".. ie: pot roast, a grilled steak, roast beef, roast chicken... meat loaf.. By and large, we also served him fare from many parts of the world. You have to drop in at a truck stop across much of the USA to see what might appeal to his tastes, but he also had a fancy for Chinese food, so I did an intensive study of Chinese cook books and we even put together an extensive order from the USA to assist the Chinese cuisine.

Well, I have some pages of other anecdotes that I might get around to posting, but I think they would be less interesting for most people than to hear some personal opinions and revelations from people who actually worked alongside LRH. One of the most outrageous things one can run across on various blogs or accounts has to do with people who make absurd statements about how LRH "...did it for the money..." and repeating reports of LRH saying, "...the way to make money is to start a religion..." ??? I think the sense of humor he normally had, escapes the examination of such a statement?

I think also, many people not privy to life on the Apollo, have an extremely mistaken idea of what life was like on an old CATTLE carrying freighter! There were no "glamorous" quarters on the ship! LRH's offices were the former officer's dining room and adjacent spaces do not even compare to the cheapest cruise liners today. You'd have to say that they were rather simple and plain, old, but decent. Her personal spaces consisted of a small cabin, about large enough for a bed, a nightstand and a chair.. but not much more! He also had a smaller cabin for his auditing room, which was even smaller still. (..think in terms of maybe 6' X 8'!)

There were NO signs of anything 'luxurious'. . NO signs of any "wealth".. NO signs of anything even very personal. It was well-known that LRH made large amounts of money from his books royalties, but on the ship, he worked virtually every day... even a half-day on Xmas, Thanksgiving, and his birthday. He was a totally dedicated man and focused on his work. I have to say that his work ethics would put most people to shame. I can only speculate that he took great joy in seeing Scn. expanding and succeeding with new tech releases.

Saint Hill Special Briefing Course. A complete study of all the auditing materials and lectures up to the OT levels. Certification is a "Class VI" auditor.

The name missionaire implies someone going out to handle admin, tech, ethics or PR. He goes off to get an org or ship straightened up. (FO 2494)