What is compassion and why is it so important to people?

Definitions
A number of definitions can be found on the web for compassion including:

The humane quality of understanding the suffering of others and wanting to do something about it.[1]

Compassion is a sense of shared suffering, most often combined with a desire to alleviate or reduce such suffering.[2]

Transcends both natural human sympathy and normal Christian concern, enabling one to sense in others a wide range of emotions and then provide a supportive ministry of caring and intercessory prayer. Also called the gift of Mercy. [3]

The wish to free others from their suffering. [4]

(Skt. karuna / Tib. nyingje): The unconditional wish that all sentient beings be freed from physical and mental suffering.[5]

A Primary Law and prime virtue is when a person is moved by the suffering or distress of another, and by the desire to relieve it. Compassion is empathy, not sympathy – identification with and understanding of another’s situation, feelings, and motives. Compassion is the highest vibration of the elastic relative Law of Tolerance, under the Principle of Equilibrium. "Blessed are the merciful, for they shall obtain mercy" is the Law of Compassion. [7]

The desire to help when a need is discovered. [8]

Compassion, Empathy, Sympathy
None of these seem to quite fit exactly and many of them seem to confuse compassion with sympathy and or empathy. If you check out sympathy, empathy and compassion in many dictionaries you will invariably find the words are all used in the definitions of each other and with no clear cut stand alone definition of compassion.

Sympathy, empathy and compassion are each distinctly different emotions or feelings.

A comprehensive definition of sympathy, firstly, is given in the Dianetics & Scientology Technical Dictionary as:

"A terrible thing but is considered to be a very valuable thing. The survival value of sympathy is this: when an individual is hurt or immobilized, he cannot fend for himself. He must count on another or others to care for him. His bid for such care is the enlistment of the sympathy of others. This is practical. If men weren't sympathetic, none of us would be alive. The non-value of sympathy is this: an individual fails in some activity. He then considers himself incapable of surviving by himself. Even though he isn't sick actually he makes a bid for sympathy. A psychosomatic illness is at once an explanation of failure and a bid for sympathy."

"Sympathy is commonly accepted to mean the posing of an emotional state similar to the emotional state of an individual in grief or apathy. It is on the tone scale between 0.9 and 0.4. Sympathy follows or is based upon overt action by the preclear. Sympathy can be mechanically considered as the posing of any emotion so as to be similar to the emotion of another."

"Sympathy is a co-flow, it's sort of a co-beingness. One individual goes into the wave- length of another individual. Empathy, however is quite different and is defined in many dictionaries as:
The Intellectual identification with or vicarious experiencing of the feelings, thoughts or attitudes of another. And The imaginative ascribing to an object, as a natural object or work of art, feelings or attitudes present in oneself. By means of empathy, a great painting becomes a mirror of the self.

Identification with an understanding of another's situation, feelings and motives. And the attribution of one's own feelings to an object.

Identifying oneself completely with an object or person, sometimes even to the point of responding physically, as when, watching a baseball player swing at a pitch, one feels one's own muscles flex. Understanding and entering into another's feeling.

The above from the American Heritage Dictionary

The imaginative projection of a subjective state into an object so that the object appears to be infused with it And The action of understanding, being aware of, being sensitive to, and vicariously experiencing the feelings, thoughts, and experience of another of either the past or present without having the feelings, thoughts, and experience fully communicated in an objectively explicit manner; also : the capacity for empathy.

So compassion is neither of these.

Tone Scale
If one plots these three emotions on the tone scale one can quickly see that sympathy is one of the lower emotions on the scale. The application of sympathy does not raise a beings awareness level and rarely, if ever, alleviates suffering. It is an agreement to be on that tone level.

Empathy is somewhat higher and incorporates more ARC rather than less. As can be seen by the definitions above, it contains more reality than sympathy and does not have the, "poor you" emotional attitude but is still going into emotional agreement with another individual. Again this serves no useful purpose as it does not assist to bring an individual upscale. Compassion however could be considered high on the tone scale and the application can result in the betterment of an individual when applied correctly.

Having compassion is different to compassionate acts of course. 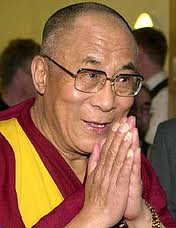 The Dalai Lama has stated, "Compassion makes one see the picture clearly; when emotions overtake us, the lack of seeing clearly clouds our perception of reality and hence the cause of many misunderstandings leading to quarrels (even wars)."

The American Buddhist monk Bhikkhu Bodhi wrote: "Compassion supplies the complement to loving-kindness. Whereas loving-kindness has the characteristic of wishing for the happiness and welfare of others, compassion has the characteristic of wishing that others be free from suffering, a wish to be extended without limits to all living beings. Like metta*, compassion arises by entering into the subjectivity of others, by sharing their interiority in a deep and total way. It springs up by considering that all beings, like ourselves, wish to be free from suffering, yet despite their wishes continue to be harassed by pain, fear, sorrow, and other forms of dukkha."

The cultivation of compassion is considered a virtue in many philosophies and also in almost all major religions. Whereas sympathy will tend to hold an individual at that level and empathy is more going into agreement with an individual or object, compassion is higher on the tone scale and contains more of the combination of ARC or understanding. It is more active and less reactive. More positive than negative. More causative and less effect. It would include the granting of beingness and, at the same time, the willingness to assist positively an individual who wished it.

Definition of Compassion
Compassion could be defined then as:

That quality of understanding of a person or group of peoples beingness resulting in the willingness to assist that person or people by granting them the beingness to allow them to change.

It is the understanding of the individual and their situation and the willingness and understanding to guide them toward more awareness.

A compassionate act could be considered the act of auditing. This can be seen in the code of an auditor. In the willingness of the auditor, and case supervisor, to alleviate, by request, the situation a person might find themselves in by applying the auditors code and processing as developed by Lafayette Ron Hubbard. It involves no judgment but it does involve direction and guidance. It does not require the auditor to be in agreement with the person being audited, but does require that the auditor grant beingness to the person being audited and allow that person to retain their own reality. The auditor is basically and very simply directing the attention of the individual being audited to an area of their life so they can, themselves, see and understand that aspect of their life or beingness fully.

The auditor does not have to be sympathetic or empathetic. Indeed, it would be detrimental if he were. He simply has to be compassionate. It could be said that the most compassionate people make the best auditors. This includes the fact that the intention and understanding of the compassionate person is so marked that their determination to provide the best service and most proficient auditing is a result of their level of compassion. How come some auditors get glowing success stories from their preclears yet others just get a ho hum report? It is the exact application of tech of course and this includes ARC and the application of compassion.

It contains the understandings of life and the universe.

It is based upon a compassionate and very wide understanding of mankind.

And it is the one route out to freedom for the individual.

Lafayette Ron Hubbard spent his life developing an entire philosophy and technology to free man from the mud he thinks created him.

How compassionate is that?

An intentionally committed harmful act committed in an effort to resolve a problem. (SH Spec 44. 6410C27)

1. a person who, through Scientology processing, is finding out more about himself and life. (The Phoenix Lectures, p. 20) 2. a spiritual being who is now on the road to becoming Clear, hence preclear. (HCOB 5 Apr 69) 3. one who is discovering things about himself and who is becoming clearer. (HCO PL 21 Aug 63) Abbr. PC

1. an impulse or direction of energy particles or thought or masses between terminals. (HCOB 3 Feb 69)...more