Pat Gualtieri is one man who every year for the last 15 years has been able to stop all traffic on 5 th Ave in Manhattan, a man known to be able to pull off miracles for the parade he puts on each year to honor American Veterans.

It is with great sadness that I announce the passing of a wonderful friend.

Pat passed away at the Veterans Hospital in Brooklyn 10 am, July 21 2015 at the age of 70. An infection resulting from the fight against cancer is what caused his death.

He is survived by his older brother Joe and his two children Tara and Gayla and his long term partner Molly Levi.

Pat had worked very closely with my mother, Yvonne Gillham Jentzsch, as one of her Public Relations Officers. For eight years, until her death he was her close and trusted friend. “Paddy Darling” was always there for her and had a special ability to pull off miracles. It was Pat who was selected to announce her departure to her staff and public at Celebrity Centre. 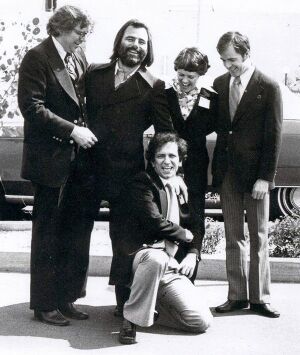 Pat, after returning from Vietnam as a young man in the late 60s, ended up at Celebrity Centre where my mother asked him if he would join staff and work with her.

One only needed to tell Pat what they wanted, and he would find a way to make it happen, with a great big smile on his face. He loved a challenge. 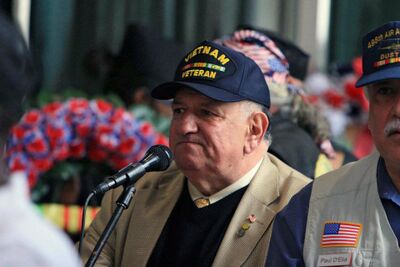 After Pat left Celebrity Centre and later Scientology International Management, he returned “home” to Brooklyn and started working with veterans in the NY MAYOR’S VA Office. Seeing that they were not acknowledged as much as he would have liked for what they have done for this country, Pat got involved with the United War Veterans Council and has been putting on events for the veterans ever since.

His office has been producing the yearly Veteran’s Day Parade which now boasts over 20,000 participants. Each year this parade has gotten larger and larger and is currently the largest Veteran’s Day Parade in the nation. Pat would also visit the VA hospitals up and down the East coast to put on events and acknowledge the soldiers for their sacrifices.

In 2012, Pat was named to the New York State Senate’s Veterans Hall of Fame for the wonderful work he has done to honor our veterans. http://www.veteransadvantage.com/va/herovet/pat-gualtieri

In 2011 and 2013, Pat gave me the honor of bringing a group of young singers from Las Vegas to New York to be part of his parade. Just being part of the parade and working with Pat and his staff revealed the true love this man had for everyone around him. He would put on special events for the wounded, for the Army, the Navy, the Air Force, the officers, Special Forces, dignitaries, etc to make sure they were acknowledged for their service. Watching him interact with the United War Veterans Council, the Four Star Generals, Meddled warriors, etc., you could see the respect they all had for Pat as Pat did for them.

Pat is a true Hero of America and I am proud to have known him and called him a friend.

In honor of Pat Gualtieri, the Major of New York ordered the New York City Hall flag to be flown at half mast for the weekend.

Two memorial services were held for him, one in the afternoon and one in the evening to better suit the schedule of those that wanted to be part of his service. There will be a third service for him tomorrow afternoon.

There was at least a Navy Admiral and Captain, an Army Colonel and Captain, three more Army Officers, along with three different biker groups (Nam Knights, Road Warriors and another group) plus a long line of veterans telling stories about how Pat helped them. 4 sailors blew Taps for Pat and a Korean honor Guard gave an eulogy.

What a wonderful send off to honor such a great man.