"George Ivan "Van" Morrison, OBE (born 31 August 1945) is a Northern Irish singer-songwriter and musician. His live performances at their best are described as mystical and transcendental,[1][2] while some of his recordings, such as the studio albums Astral Weeks and Moondance and the live album It's Too Late to Stop Now, are critically acclaimed."

"Known as "Van the Man" to his fans, Morrison started his professional career when, as a teenager in the late 1950s, he played a variety of instruments including guitar, harmonica, keyboards and saxophone for various Irish showbands covering the popular hits of the day. He rose to prominence in the mid-1960s as the lead singer of the Northern Irish R&B band Them, with whom he recorded the garage band classic "Gloria". His solo career began under the pop-hit oriented guidance of Bert Berns with the release of the hit single "Brown Eyed Girl" in 1967. After Berns' death, Warner Bros. Records bought out his contract and allowed him three sessions to record Astral Weeks in 1968.[3] Even though this album would gradually garner high praise, it was initially a poor seller; however, the next one, Moondance, established Morrison as a major artist,[4] and throughout the 1970s he built on his reputation with a series of critically acclaimed albums and live performances. Morrison continues to record and tour, producing albums and live performances that sell well and are generally warmly received, sometimes collaborating with other artists, such as Georgie Fame and The Chieftains. In 2008 he performed Astral Weeks live for the first time since 1968."[1] 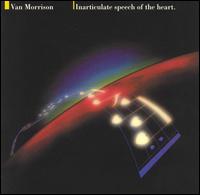 "When I was senior C/S CCLA he was on my lines for services delivered to him in the Bay area. It was 1981-82 and we sent an auditor up to deliver a few intensives of Life Repair. David Sonenfeld was his auditor and I was his C/S. Thats about all I recall but I dont know if he ever did anything else.

There are other celebs you may not know about? best, Ian" [2]

"that idea of communicating with as little articulation as possible, at the same time being emotionally articulate" (a saying taken from George Bernard Shaw's works)

The album included a "Speciall Thanks to L Ron Hubbard in the liner notes.

Mark Isham, a well known Scientologist, performed on the album. (perhaps the connection to Scientology?)

The entry level for Scientology auditing. One handles life areas, cleaning up and keying-out those areas of bank which life itself has brought into restimulation.