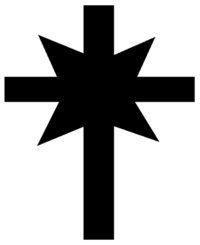 Part Three of the series on Black Dianetics

In 1952 L Ron Hubbard warned that the dangers of the dark arts, afoot in the world since time immemorial, would sooner or later attract those who'd seek to control and enslave others by trying to subvert and gain control of Dianetics. (since Dianetics solved the mysteries of the mind, it's not surprising it would become a target of those who would seek to dominate and bend the minds of men)

Man, for all his years, took the observation for the fact that when a human being was no longer able to control its own operations and functions and so long as it, again in control, could not recall what had occurred, that the material was not recorded. This was wholly unwarranted as an assumption.

Let us examine, first, pain. Pain, technically, is caused by an effort counter to the effort of the individual as a whole. The individual is a colonial aggregation of cells. Each cell is seeking to live. Each cell and the whole organism is basically motivated by a desire to survive. The entire physical structure is composed of atoms and molecules, organic and inorganic. While the individual is alive and conscious, these atoms and molecules are in a state of optimum or near-optimum tension and alignment.

On the receipt of a counter-effort such as that of a blow or, internally, as in the case of drugs, shock or bacteria, the optimum or near-optimum tension and alignment of these atoms and molecules, as contained in the nerves, muscles, bones, and tissues of the body, are disarranged. The result is a slackening or speeding of the motions of the physical body in such a way as to cause misalignment and maltension of the atoms and molecules.

This is pain. Counter-efforts to survival cause this effect to take place. The technical name of this effect is randomity. The directions of motion of the various portions of the body are disarranged into random vectors or patterns. Pain results in loss, invariably, the loss of cells or the loss of general alignment.

When pain departs, it is still on record. The record of that pain can be called again into existence.

If you wish to make a very simple test, simply go back to the last time you hurt yourself. Get as full perceptions as you can of the object which hurt you and the surrounding environment. Seek to contact the painful object again. Unless you are badly occluded, you should be able to feel that pain once more. If you yourself cannot make this test because you are occluded, ask your friends to try it. Sooner or later you will find someone who can recall pain.

Another test: Pinch yourself and then go back to the moment you did it and feel the pinch again. Even if you are occluded you should be able to do this. In short, pain is stored on record. But that is not all that is stored. The whole area of any randomity is stored in full. The atoms and molecules rearrange themselves, when pain is recontacted, into the pattern they had when that pain was received. Hence the pain can come back. But also the effort and all of its perceptions can come back when either the pain or the general randomity come back.

Man thought that if he could not recall a thing, then it didn’t record. This is like the little child who hides his eyes and then thinks you can’t see him just because he can’t see you.

With every area of randomity thus created by injury or illness or shock or drugs, there is stored as well the counter-effort to the body. The effort impinged upon the body by the blow or the other misaligning factor also was stored. This is physical force. When it comes back upon the body, it comes back as physical force. It can distort features or the body by being in constant “restimulation.” Restimulation is occasioned by some part of the early recording being approximated in the environment in the present. This calls up the old area of randomity. The body, confused, registers the old counter-effort. Nearly everyone has these counter-efforts of the past being, some of them, exerted against him in the present. His sub-level awareness is tied up in resisting old counter-efforts—blows, sicknesses, drugs—which once affected him and drove him into unconsciousness.

The moment an individual wholly concentrates his attention elsewhere these old areas may exert their force again.

Feel the aliveness or full sense of being of each one of the following. Feel wholly alive only in the member of your body named: 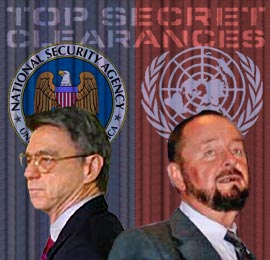 If you have gone over these members, investing carefully, aliveness only in each, you probably will have received various aches and pains in areas where your concentration was not fixed or at least experienced grogginess. Try it several times. Processing cleans up these old areas with resultant rise in health and sanity. Black Dianetics uses this mechanism to implant new compulsion.

1. a painful and forceful means of overwhelming a being with artificial purpose or false concepts in a malicious attempt to control and suppress him. (Aud 71 ASHO) 2. an electronic means of overwhelming the thetan with a significance. (HCOB 8 May 63) 3. an unwilling and unknowing receipt of a thought. An intentional installation of fixed ideas, contrasurvival to the thetan. (SH Spec 83, 6612C06)