"your potentialities are a great deal better than anyone ever permitted you to believe.",[2]

"Never disparage yourself or minimize your strength or power."[3]

"from the viewpoint of positive postulates there is no negative aspect. You just skip the whole category of negativism. This has something to do with the granting of beingness. If you can conceive of a postulate that doesn't also conceive any negative then you know what I'm talking about when I talk about a positive postulate. It's not only that there is no negative given attention to but it does not assume that any negative is possible. It doesn't pay any attention to negatives. It isn't in the positive-negative to the degree that there is a dichotomy. It just is itself. Your determination or intention that somebody be a good, effective staff member is of course a positive postulate. It will be ineffective to the degree that you doubt it."[4]

This page is dedicated to people struggling with illness or distressed circumstances. People from all around the world and Scientologists everywhere are encouraged to remember these people in their prayers, make positive postulates for them, and address the person's situation with auditing and solo auditing.

Scientology contains a tremendous amount of knowledge about what is referred to generally as "positive energy". They're called "postulates" in Scientologese, but the idea is as old as our species, (maybe older). So this page was created to help bring attention to specific individuals who will benefit from our combined positive effort.

Here's one example of this being used with success elsewhere. There are many such and they will be added to the documentation here as this project develops.

Karen passed away on August 8, 2013. Our positive postulates are with her still as she starts a new game, and with her family too.

Her husbands update the day before she passed

Some of you may remember my wife, Karen Black. She contributed tremendous work as an actress in movies of the seventies and eighties. If you’ve ever enjoyed her work, now is your chance to reach back to Karen – because Karen needs your help.

Karen has waging a battle for over two years with cancer. She has not talked about this publicly because she was hoping it would be cured and she could call herself a cancer survivor. 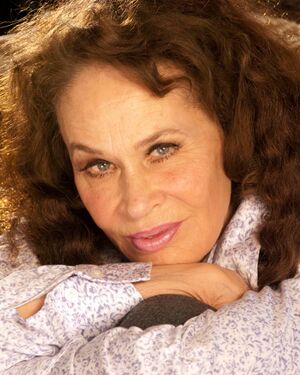 Karen was diagnosed with ampullary cancer in November of 2010. She immediately had the “Whipple,” one of the most serious operations that is performed at the Mayo clinic were she had it done– a third of her pancreas was removed. This was followed by extensive chemo and radiation back home at UCLA in the Spring and Summer of 2011. After suffering through nausea, fainting and losing over thirty pounds, she was finally declared NED – No Evidence of Disease in July.

But by December 2011 a small tumor developed and another surgery was in order, which left her completely bed-ridden. Her cancer seemed conquered though. By spring 2012 she was doing a lot better and could walk around and was almost normal.

But in June 2012, the cancer came back – and it started spreading – one near her lungs and one in her lower back.

We started trying different things – through hit and miss we found some alternative treatments that seem to help, and she went to Cedar Sinai in Los Angeles and had two operations in January and February to freeze the tumor in her lower back that by then had grown to be four pounds. Even though the operation was a success, Karen was completely debilitated – even now she can hardly move around and is mostly bed-bound.

The cancer is minimized, but we know from past experience that it won’t be long before it comes back. Her oncologist in Los Angeles has recommended that she do chemo therapy, but the problem is that she is skin and bones - before starting on this journey she weighed 156 pounds, she now weighs 96 pounds. That’s a third of her body weight! Part of the problem is that missing a pancreas she doesn’t digest food, and also chemo makes it very difficult to eat.

Karen has been confronting the fact that she would die soon if she didn’t do something.

BUT THERE IS HOPE. Karen’s family physician of many years called us two weeks ago and told us of success she has had with several of her patients doing a treatment in Europe as part of a clinical study there. I cannot go into more details now, but I promise I will in the future as we get involved. I will say that this is a medically supervised program and it targets Karen’s kind of cancer. In fact, we personally know two of the patients that have had remarkable recoveries from cancer there. So we know it works, and right now it is her best and only shot.

But we have to move fast, Karen needs to go in the next few weeks, otherwise she might be to weak to go at all.

Karen will be there for two months.

So here is the big question; why would someone like Karen need money?

Yes, she was an actress in movies, but most of the high-paying work dwindled out many years ago. She has a modest pension and medical insurance (thank goodness), but as anyone knows who has fought cancer, that is not enough. In the last two years we have used up all of our savings keeping Karen alive – traveling – treatments, getting people to help her. We have nothing left. And the European treatment is not covered by insurance.

Your contribution will cover travel, living and treatment expenses for two months and will give Karen a chance. Please help anyway you can, we humbly accept it.

Roy decided after his last treatment that it was not worth it to continue on with it but that it was time to end cycle and move on to a better game.

Hospice was called in and with their help Roy was able to get through the cycle and after 7 days the body died. When I asked Roy what he would like in his Obituary he said he wanted no long winded, self serving Obit but to keep it simple, time, place, form and event.

Scotty — with Roy Selby." Roy Selby has Acute Myeloid Leukemia and is in need of help. The general location in the body that the Leukemia seems to have originated (more test to be done) is in the shoulders neck region causing extreme pain and the whole area locking up with limited movement.

The Leukemia became full blown last month and only after many Doctor and emergency room visits trying to determine the cause of his illness/pain did Roy's body finally give out.

Chiropractor treatment has been started to help reduce the pain and restore some movement in the neck and shoulders.

A Nutritional Plan with the help of Scott and Karry Campbell has been on going for two weeks and the results look encouraging.

We also have a great support team, Greta Alexander, Chris Black and others working on helping Roy through this.

Roy has stated that he is not giving up and is going to beat this Leukemia.

Roy needs your help, all donations will be used cover his out of pocket expense for Medical bills, Doctor visits, Chiropractor treatments, transportation, Nutritional supplements/food, his daily living expense and any Spiritual Counseling needed to help improve Roy's life. Donate

Eileen Clark is under hospice care in a hospital in Gardnerville,NV. She is preparing to go at any time. Lisa Holt Hamilton and some of Eileen's other friends are with her full time. I have been giving her assists for some time and we talk several times a day. 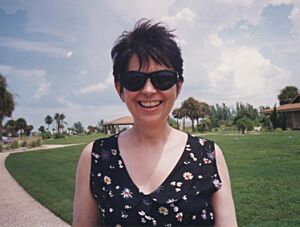 Lisa has posted this information on her Facebook site so that Eileen's friends can send her farewell messages. She knew and loved many people, but there were some she was not able to contact. Among the people Eileen would like to know about her circumstances are Steve Kemper, Inci Paulson, Steve Olson, Erica Udvardi, Darleen Castle, Joe and Annette Hochman and Debbie Cook Baumgartner. If any of you have comm lines to these people, then please pass this on.

Lisa and I are forwarding all messages to Eileen and she feels blessed to have known all of you. She is not able to handle many phone calls, but if you send me a private email, I will arrange it so you can reach her when she is awake.

She has been given the program that assists one to handle the transition from this existence to the next. I have posted it on workable technology.com for anyone who needs to help someone else in this situation. It is very workable, common sense advice and should be part of any preparations made at the end of life.

Eileen spent more than 30 years in the Sea Org and is proudest of the fact that she was able to help people who experienced injustices from the church.

"Eileen passed away this morning in a care center in Gardnerville, Nevada. A nurse stayed with her all night and reported that Eileen spent a peaceful night and took leave of her body about 8:30 am this morning.

Eileen had decided that she wanted to move on some time ago and has been under hospice care for many weeks. She was really grateful for the calls and messages she received even though she was not able to respond as she grew weaker.

Special thanks to Debbie and Peter Frigo who took Eileen into their home and cared for her when she had a debilitating heart attack in 2011. She lived with them for many months until she felt she was ready to move out on her own again. They remained close friends and when Eileen went into the hospital for the last time, they were frequent visitors and kept her company during the final days along with Lisa Hamilton.

I had the honor of auditing Eileen and she sent me some photos of her Sea Org days and asked me to write this to thank all of you for your love and friendship."

a problem is postulate-counter-postulate, terminal-counter-terminal, force-counter-force. It’s one thing versus another thing. You’ve got two forces or two ideas which are interlocked of comparable magnitude and the thing stops right there. All right, now with these two things one stuck against the other you get a sort of a timelessness, it floats in time. (SH Spec 82, 6111C21) 2 . a problem is a postulate-counter-postulate resulting in indecision. That is the first manifestation of problems, and the first consequence of a problem is indecision. (SH Spec 27, 6107C11) 3 . a multiple confusion. (SH Spec 26X, 6107C03) 4 . an intention counter-intention that worries the preclear. (HCOB 23 Feb 61) 5 . a problem is the conflict arising from two opposing intentions. A present time problem is one that exists in present time, in a real universe. (HCOB 3 Jul 59) 6 . something which is persisting, the as-is-ness of which cannot be attained easily. (PRO 16, 5408CM20)

Makes the equivalent in management of a Class VIII in auditing.