Patricia Krenik - Overview of Early Days in Dianetics and Scientology 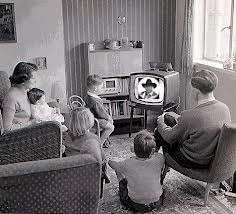 Pat Krenik was there from the beginning. She audits, C/S's and trains people in Dianetics and Scientology yet today, after 60+ years. Truly an amazing and wonderful spirit. We love you Pat ♥ David LaCroix

The difference between how the Church of Scientology is run now compared to how it started out is like comparing cowboys and Indians to the present society.

It was presented to a society whose greatest fault was alcohol, not drugs. I was 21 when I read the book, one of the younger ones to get involved at that time. I stayed up all night reading the book and my eyesight improved. I gave the book to my then boy-friend Jack and he read it. We went to his brother and sister-in-laws home and talked about it. Dick was skeptical—said try it out.

His wife Betty responded to the finger snap routine. With the snap, she was instantly age 13, and blushing. She didn’t tell me what happened, but she did know that finger snapping worked. 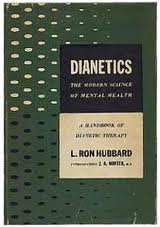 I can only guess how many of those who read DMSMH did what we did, read it, got others to read it, and demonstrated it. I’d like to think 50%--50,000 people doing similar things all over the country. It was a tremendous surge of interest, with groups springing up all over the country. LRH gave a lecture in 1950 or 1951 in LA with one thousand people attending. I wasn’t there—I was in Seattle, but I heard about it.

Always those I knew were reaching for more information. A few went to the Dianetics Foundation in Wichita to take a course. From our area was Ed Clark in Seattle, and Audrey Robbins in Tacoma, WA. Audrey held weekly meetings in the basement of her home.

It was easy for LRH to get agreement about how bad Psychiatrists were back then. Cartoons and jokes about Psychiatrists were abundant in the 1940’s—they did not command the respect that they are currently given by society. By and large they were, as well as psychologists, ineffective and the country was looking for a new therapy.

So while the public clamored for more data some, like Alphia Hart [[1]]and a fellow named Chamberlan, wrote books and Newsletters and kept the field informed/misinformed. Strange off shoots started to develop like E-Therapy and CO2 therapy. Meanwhile, LRH kept us on a steady line with his P.A.Bs that came weekly from the Hubbard Communication Office. 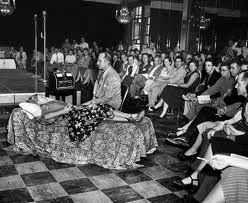 Note too, that during this time the Summary Course Booklets with all the fascinating information on the whole track, thetans, blanketing, space wars, implanting and just about anything you can imagine was coming out of sessions. History of Man arrived with its new view of what to audit.

Some of the early manuscripts were typed on old- fashioned typewriters. Not even electric. The Mathison Electropsycometer arrived to make sessions even more interesting. Tech was wonderful, but also it was terrible. Auditors made huge mistakes. Buss B. audited a pc while a couple of us watched. PC was down the track in an incident, yelling, “don’t touch my ankles”. Buss, not knowing better thought he could move him through by touching his ankles and did so—the pc, in full blown dramatization screams into present time, picks up a plate, breaks it and slams a shard into my lady-friend’s shoulder. Chaos. Buss went to tend to Evelyn’s shoulder and I took the pc out to his car where he went over what happened just then a few times.

We handled pc’s, their cases, their dramatizations all from a little book knowledge and the experience we were gaining. Meanwhile while this grass-roots group was spreading across the US, an organization was being put there by LRH and Mary Sue. We hadn’t yet heard of TRs, acknowledgements, or admin. Sessions were not written up. Some auditors took a few notes during session, some didn’t.

My first ARC break was with Wing Angell. Much I later came to love the guy, but in 1954 he and Smokey and the Farrells were planning to give an auditor’s training course in Seattle. I wanted to attend so badly—I could even come up with the hundred bucks for the course (quite a bit when my then husband made $200 a month wages) but Wing turned me down. I didn’t have a certificate. All the others had had training with Ed Clark or Audrey, but I was still a book auditor. I just couldn’t understand that, because I had read everything the others had read and had done at least two hundred hours of auditing—more than most on the course. He said “no”.

I knew nothing of the developing organizational structure back then; I only knew I was being stopped unfairly. It broke my heart. Still, I was young and went about my life and continued to have babies and study Scientology. My daughter Teresa, born in 1954 (earlier than the above scene) had a silent birth in the Tacoma General Hospital. The hospital staff was friendly and co-operative—at one point a doctor asked me if I would like to give a lecture about how come the silent birth to other doctors. Bravely I said I would, but later was told they decided not to have that meeting. Close call!

If there was one word that would describe the field around the development of Scientology it was “activity”. Things were happening. By 1955 I had challenged the HCA course, and Dick Steves from Qual, Wash D.C. org came out to Seattle in 1956 and did the Exam. I passed and then after delivering another 50 hours of auditing, had my first Certificate. I went on to work with others developing Churches. J. Fred MacLean did all the legal work. We started one in Bremerton and one in Seattle, the Church of Scientology of Washington.

What was so different in the early days? For one thing there was no interference (or almost none.) No ethics; we were a wild bunch but still made case gain. We knew about LRH’s misdeeds in his younger days, and could care less. We teethed on whole track and understood people did wrong to others and that we had glass houses ourselves for eons and shouldn’t throw stones. We cared about the game, and we cared about clearing the planet. We were still young and optimistic and believed it could be done.

And for those in present time who are picky, the word “we” is used because we felt a bonding—we who were auditors and wanting to clear the planet, we who studied and applied. Notice “we” didn’t have drilling. It was read it, do it, and no study tech. Study tech was much later, in the early 70’s and in this time I am talking about, up to about 1956, we had no c/ses,no Purifs, no E.O., even no meters. We had nothing written except the books, PABs, and tapes. There was no HAS course, no TRs course, yet we made releases, and even later discovered we had made some Dianetic Clears.

We had no Internet, and we bought LRH’s handwritten copy of Dianetics ’55 so he could raise money to have it printed in a book form. We paid $100 for a lifetime membership to help him get money together to keep the show on the road. The early Churches were poor, really poor and struggled for rent, paying it late. 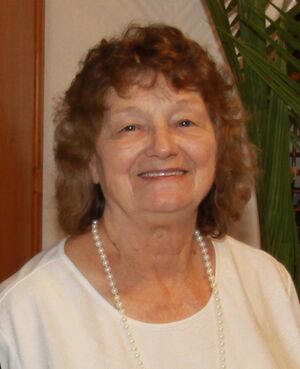 Pat Krenik - Over 60 years as a Dianeticist and Scientologist

Dianetics and Scientology started in homes, living rooms, basements and went from there to store fronts. We didn’t have the concept then of “rich pc”, but a lot of auditing got done. We didn’t even have a Bridge to discuss or fight about. It was the participation that brought the subject alive.

In that way, we haven’t changed. Without participation, there is no Scientology.

other articles by Pat[edit | edit source]

The whole track is the moment to moment record of a person's existence in this universe in picture and impression form. (HCOB 9 Feb 66)

1. a painful and forceful means of overwhelming a being with artificial purpose or false concepts in a malicious attempt to control and suppress him. (Aud 71 ASHO) 2. an electronic means of overwhelming the thetan with a significance. (HCOB 8 May 63) 3. an unwilling and unknowing receipt of a thought. An intentional installation of fixed ideas, contrasurvival to the thetan. (SH Spec 83, 6612C06)

1. to repeat in action what has happened to one in experience. That’s a basic definition of it, but much more important, it’s a replay now of something that happened then. It’s being replayed out of its time and period. (SH Spec 72, 6607C28)...more

A contraction or shortening of the word administration, admin is used as a noun to denote the actions involved in administrating an organization. (Modern Management Technology Defined (C) 1976).

1. the route to Clear, the Bridge , which we call the Classification, Gradation and Awareness Chart. (Aud 107 ASNO) 2. a term originating in early Dn days to symbolize travel from unknowingness to revelation. (Aud 72 ASNO).